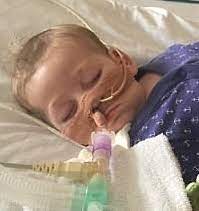 A Private Members’ Bill before parliament which would allow parents of seriously ill children to seek treatment abroad is due to be debated this week. The Access to Palliative Care and Treatment of Children Bill 2019– 21 contains proposals to reform the law in response to recent high profile cases concerning the medical treatment of children (with specific reference to the case of Charlie Gard). The Bill, which has been tabled by palliative care professor Baroness Finlay, would stop judges making orders which prevent parents from taking their child abroad for treatment at any respected medical institution if there is no major risk of harm to them.

The bill also seeks to give parents more of a say in life-or-death decisions taken by doctors treating their children. It proposes a new system of mediation in cases where doctors stand in the way of parents’ wishes, and a right to additional medical opinions and to legal aid if the cases come to court. It is the third occasion on which legislation has been proposed which would change the law governing medical treatment decisions concerning children.

It may come as a surprise to some that there are currently no laws in our statute books which address the provision of medical treatment or medical decisions with respect to children. The principles governing these decisions have developed through the case law within the framework established by the Children Act 1989. If the current Bill passes into law its provisions would apply when consideration is being given to an application to the High Court under the Children Act 1989 or under the inherent jurisdiction of the High Court for an order which has the effect of approving the giving or withdrawal of any form of medical treatment for a child.

The current Bill would require a court to ‘assume, unless the contrary is clearly established’ that medical treatment proposals put forward by any person holding parental responsibility for the child are in the child’s best interests. The explanation, given in the notes, is that this provision ‘reinforces the socio-medical norm’ that those holding parental responsibility are seeking to act in the best interests of the child

…the clause goes further to create an as- or pre-sumption that the child should be treated as the parents propose, a presumption that requires clearly established evidence to the contrary in order to be rebutted.

The amendment would require the provision of the treatment proposed by the parents unless ‘established’ by ‘contrary evidence’ that it presents a ‘disproportionate risk of significant harm’. This means that the existing burden of proof moves from the parents to the treating hospital.

In the majority of cases the judiciary have agreed with the conclusion of the treating team on the best interests of the child. This was a principle established by Lord Donaldson in Re J (A Minor) (Wardship: Medical Treatment) [1991] Fam 33 and repeated in Re J (Child in Care: Medical Treatment) [1993] Fam 15, where his lordship said that if there were another qualified doctor willing, and with the facilities, to treat the child as the parents wanted, the Trust would have to consider its current responsibilities to the child and to other children who may need its facilities, whilst the parents would have to consider carefully the advice and consider any risks involved in a transfer.

Doctors must fulfil the standard of care in the diagnosis, identification of treatment options and provision of treatment and make a profes- sional judgement about which of the available treat- ment options is in the best interests of the child. When a parent has a different view about best interests, doctors will have to decide whether, in their professional judgement they can accede to the parental wishes. In some circumstances, they may reach a professional judgement that they cannot treat, or continue to treat as the parent wishes them to do.

Where the Trust has referred the matter to court because the treating team can no longer treat as the parents wish because to continue to do so is ‘profes- sionally wrong’ or ‘so contrary to [the child’s] best interest that it would be inimical to their respective Hippocratic oaths to treat her and would therefore be unethical,’ as J said in An NHS Trust v AB [2016] EWCA Civ 899 at [23], refusal would not seem unreasonable.

The paper concludes that sympathy for parents of seriously ill children who disagree with their child’s doctors about their medical treatment is understandable but cannot provide the basis for law reform.

Whether the law and legal processes governing the provision of medical treatment to children is best left to the common law or needs a specific legislative framework needs to be decided following a comprehensive review of all the issues informed by a broad range of experi- ences.

Explained: The controversy over recruitment to over 35000 Railway jobs

“It is an honour to step up and serve as chairman...

The latest appointments and promotions in the South West